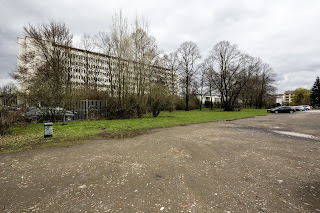 on the banks of the Saar 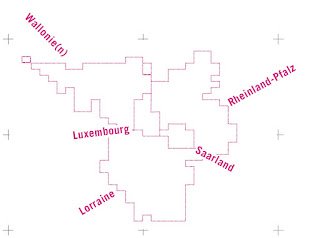 The French embassy in Saarbrücken, the capital of the Saarland (Germany) - former capital of a new State in the heart of the European Community of Coal and Steel - is perhaps the most iconic building to represent the idealistic origins of postwar Western Europe. It was built between 1950 – 1955 on the left bank of the river Saar near the border to France. A bi-national team of three architects signed the construction plans: Georges-Henri Pingusson, Hans Bert Baur and Bernhard Schultheis.

The chief architect was Pingusson, who already had arrived in Saarbrücken in October 1945.
Here, he should became a pioneer of Europe, just like his employers, the French military governor, High Commissioner and Ambassador Gilbert Grandval (for the French Mission Diplomatique / foreign office) and Johannes Hoffmann, the prime minister of the Saar State.

As a member of the French section "urbanisme et reconstruction" Pingusson was in charge of the development plan of the Saar region and Saarbrücken.
The former military bastion on the "Westwall" (Siegfried Line) was meant be transformed into a role model for the economic, political, moral and cultural reconstruction of Western Europe. 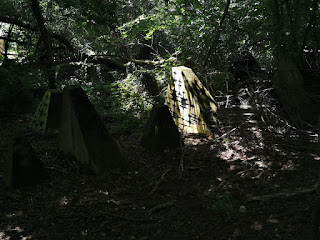 The regional development was part of the search for a new, constructive definition and identity of the borderlands along the Rhine between France and Germany, which had been battle camps for centuries.

From 1947-1956 the Saarland was an autonomous state.
It was established under the French military government which ruled the Saar region 1945 – 1947. In 1948 a first bilateral cultural treaty between France and the Saar State led to the construction of a first Europa-University in Saarbrücken.
At that point, a multilingual education system had already been established, for the future citizens of Europe.
After 1950, based on the local coal and steel industries, but also on a cultural inheritance and and a society with roots and long experiences in what we call today "intercultural communication", the Saar State was to have a unifying role, with Saarbrücken as the capital of the European Community of Coal and Steel.

In 1955 things should change again:
The Saarländer voted in a Referendum against the future international, European vocation of their country. As a consequence the Saar State became a Land of the Federal German Republic (1957/1959).

Today the Saarland belongs to Germany, but it is also part of the “Greater Region Saarland-Lorraine-Luxemb(o)urg-Rheinland-Pfalz-Wallonie(n)”.
Within the perspective of this multinational region, the aspect of “shared” or “sharing” heritage becomes highly important. 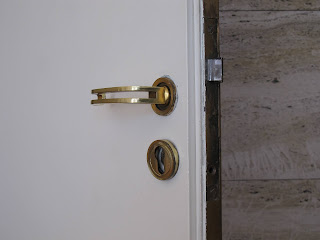 The Saar is no longer a steel and coal producing district, nor are her neighbors; and the French embassy has lost its original designation. Although it is a heritage site since 1985, parts of the building today are threatened by decay and demolition.

Valid arguments for its preservation will require fundamental cross border research and cooperation, ideally in line with the comparative approach promoted long ago at the European university of the Saarland. It is time to practice a pluralistic perspective free from propaganda to enable the rehabilitation not only of this particular building but also the overall cultural heritage of the entire Greater Region. 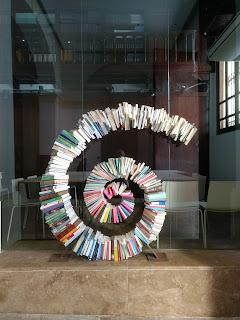 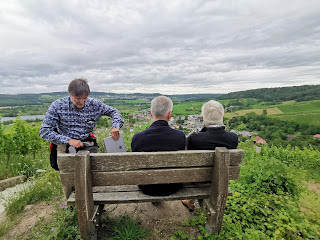 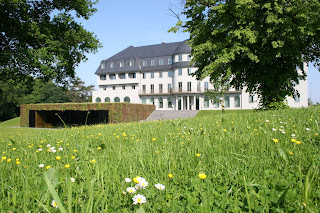